It is a gorgeous July day at the Silver Springs Golf Club in Menomonee Falls, Wisconsin.  A refreshing breeze carries the banter and laughter of golfers across the lush and sun-dappled greens.  Everyone is having a great time, but today isn’t just about having fun on the links.  This is the Menomonee Falls High School Annual Golf Outing, which raises money for the Athletic Department’s Capital Improvement Campaign.  The golf outing is the brainchild of Menomonee Falls’ dynamic Athletic Director, Ryan Anderson.   The campaign’s current goal is to raise $950,000 for football turf. 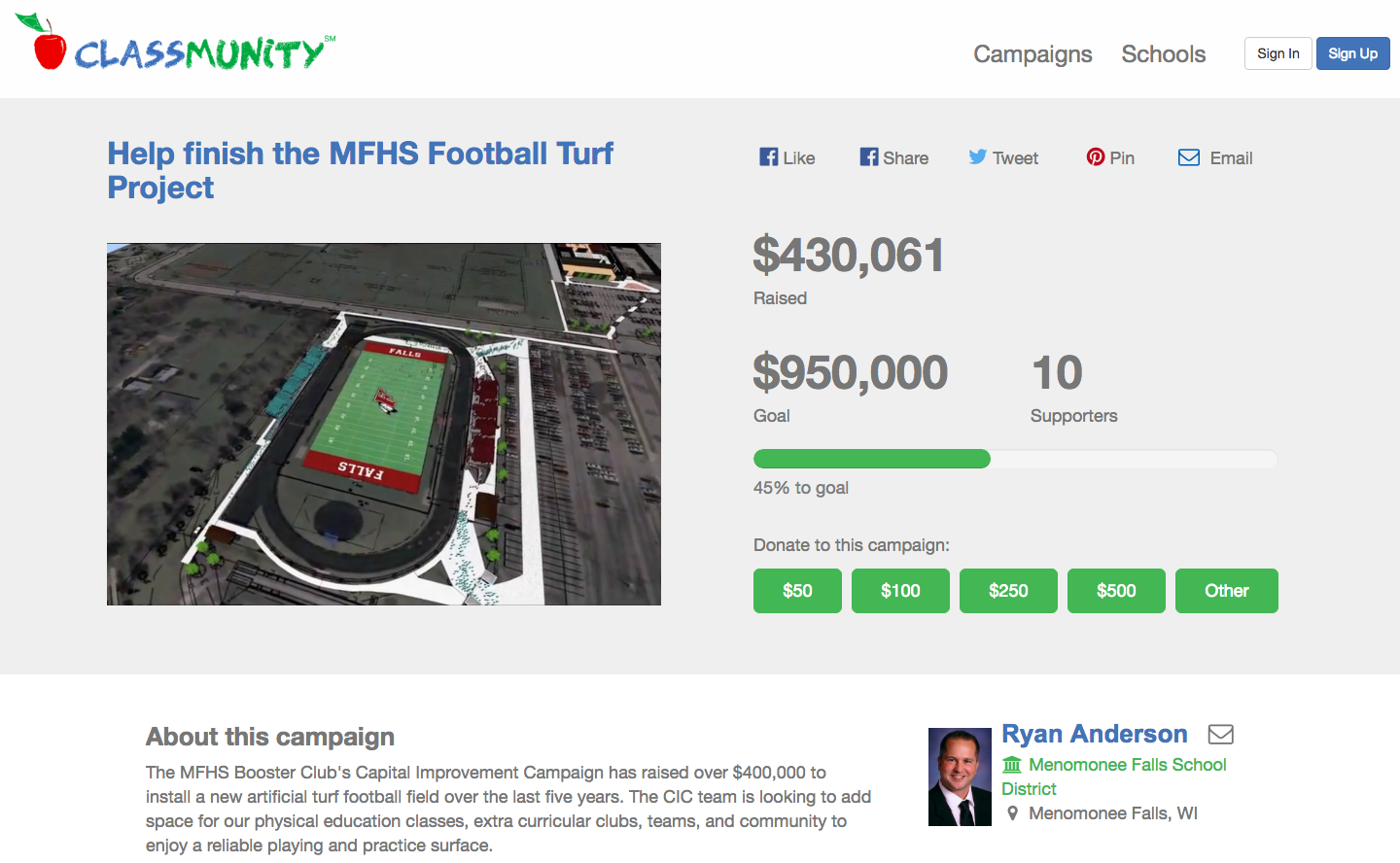 This is the second year that Anderson has held the Menomonee Falls School District golf outing.  Anderson came up with the idea when searching for a fun, effective way to engage his community to raise money to support the school’s athletic program. “Golf outings have built in money raised per golfer,” stated Anderson.  “It is a sport that people of all ages can play.” 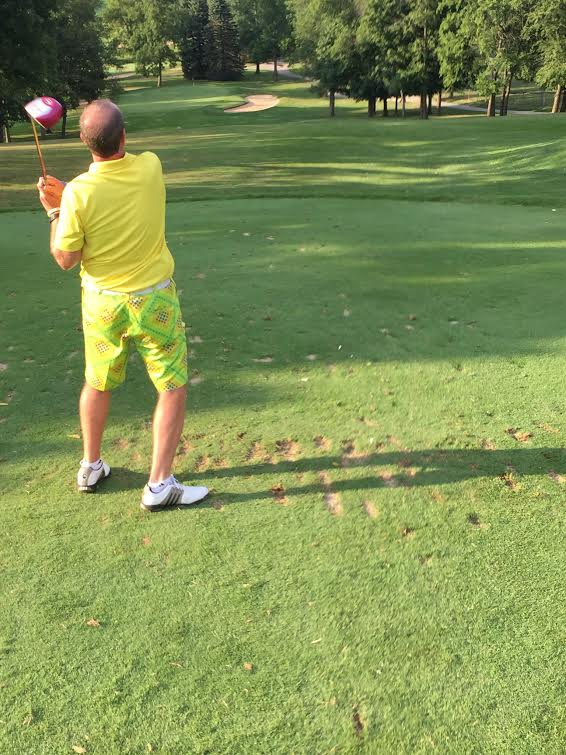 The first golf outing was a success, but there were a few snags.  The registration process proved difficult.  “Registration was done strictly by paper.  It was difficult to track all payments as they came in,” reflected Anderson.  They were also unable to take credit card payments – either for registration or taking payment on the holes for “extras” (e.g. golfers could pay to move closer to the pin, buy mulligans, etc.) This resulted in a significant loss of funds.   Anderson also hoped to build upon the success and grow the fundraiser in 2016.

For the 2016 Annual Golf Outing, Anderson turned to Classmunity to handle online registration as well as track and process payments at the golf outing.  Prior to the event, Anderson created a Classmunity fundraising campaign for the outing, which allowed participants to register for the event online.  This reduced the workload for the busy Athletic Director and his staff.  He could also able to take quick and easy payments on smartphones at the golf outing using the Classmunity mobile app.

Participants were able to pay their registration fee at the event (if they hadn’t already done so) using cash, check or credit card.  The Classmunity mobile app tracks the former and processes the latter.  The app was also used on the golf course to process payment for the “extras” and at the silent auction.

“I was out of cash, but now I have no excuse to not to give more.”

Participants were pleasantly surprised that they could use their credit cards at the event.  When paying for one of the extras on the course, one man joked, “I was out of cash, but now I have no excuse to not to give more.”  One of the winners of the silent auction remarked, “I’m so happy I can pay with my credit card.  I’m trying to save up points for my next vacation!”

“Anderson was excited to discover that the outing raised $16,300, an increase of over $2,000 from the previous year.”

When the outing was complete, all that was left to do was determine the total amount raised.  Anderson hoped to exceed the previous year’s total, despite having 40 less golfers. Anderson was excited to discover that the outing raised $16,300, an increase of over $2,000 from the previous year.  Anderson attributes the success both to his wonderful planning and the use of Classmunity.  He plans to expand the use of Classmunity at all other school athletic events and student organization fundraisers.